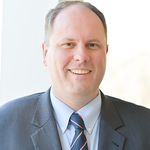 Despite growing up in a family full of physicians, I never felt that medicine was my calling. Instead, I was fascinated by all the news stories I saw about attorneys — not to mention my favorite TV series, Matlock. By the age of 6, I already knew what I wanted to do with my life. I wanted to become a trial lawyer.

Fast forward a couple of decades and that goal had become a reality. I had just graduated from the  University of South Carolina School of Law and was starting out my career as a criminal prosecutor. For the next 10 years, I would successfully prosecute thousands of criminal cases throughout Augusta, Georgia and Nashville, Tennessee.

During my time as a criminal prosecutor, I gained invaluable insight into the way prosecutors and law enforcement professionals think. I even learned how to perform wiretaps and investigate a case the way a police officer would. As you can imagine, this kind of insider knowledge is extremely useful when it comes to defending people under criminal investigation. Still, I knew I could do even more to help others facing legal challenges, and so I decided to expand my practice to include civil law cases, as well.

My favorite part of the job is seeing clients go on to thrive after their case is resolved.

Civil law is a huge field of practice, so it's important for your attorney to be flexible. Although I can handle just about any kind of civil case you bring to my door, these are the case types with which I have had some of the greatest success in recent years:

As I look to the future, I envision a wide range of other civil law cases coming my way. No matter how challenging or complex those cases may be, I look forward to each opportunity to make my clients' lives a little easier.

As much as I love the Augusta, Georgia community, I decided years ago that I would do everything I can to offer excellent legal service to as many people in need as possible. That's why I'm licensed to practice in so many courts throughout Georgia, South Carolina, and Tennessee.

Thank you for contacting us. We will get back to you shortly.

Please complete all required fields below.